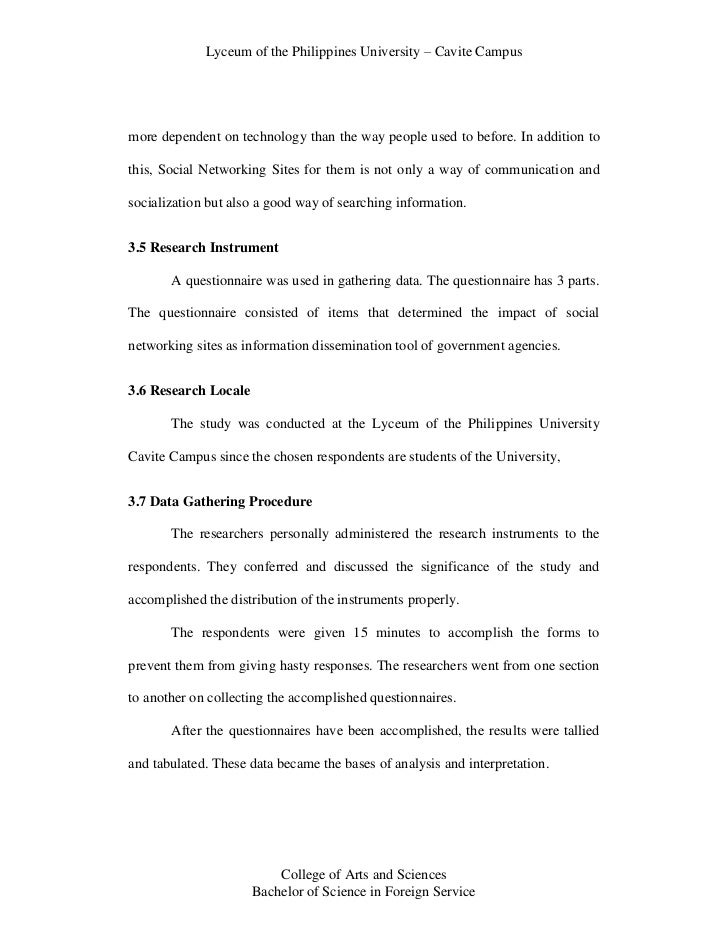 
The starting point of the graph would be the null style no constraints. It is possible to derive such a graph directly from the descriptions. In a pipe and filter style, each component filter reads streams of data on its inputs and produces streams of data on its outputs, usually while applying a transformation to the input streams and processing them incrementally so that output begins before the input is completely consumed [ 53 ]. This style is also referred to as a one-way data flow network [ 6 ].

The constraint is that a filter must be completely independent of other filters zero coupling : it must not share state, control thread, or identity with the other filters on its upstream and downstream interfaces [ 53 ]. Abowd et al. The Khoros software development environment for image processing [ ] provides a good example of using the pipe and filter style to build a range of applications. Garlan and Shaw [ 53 ] describe the advantageous properties of the pipe and filter style as follows. Second, PF supports reuse: any two filters can be hooked together, provided they agree on the data that is being transmitted between them reusability.

Third, PF systems can be easily maintained and enhanced: new filters can be added to existing systems extensibility and old filters can be replaced by improved ones evolvability. Fourth, they permit certain kinds of specialized analysis verifiability , such as throughput and deadlock analysis. Finally, they naturally support concurrent execution user-perceived performance. Disadvantages of the PF style include: propagation delay is added through long pipelines, batch sequential processing occurs if a filter cannot incrementally process its inputs, and no interactivity is allowed.

A filter cannot interact with its environment because it cannot know that any particular output stream shares a controller with any particular input stream. These properties decrease user-perceived performance if the problem being addressed does not fit the pattern of a data flow stream. One aspect of PF styles that is rarely mentioned is that there is an implied "invisible hand" that arranges the configuration of filters in order to establish the overall application. A network of filters is typically arranged just prior to each activation, allowing the application to specify the configuration of filter components based on the task at hand and the nature of the data streams configurability.

This controller function is considered a separate operational phase of the system, and hence a separate architecture, even though one cannot exist without the other. The uniform pipe and filter style adds the constraint that all filters must have the same interface. The primary example of this style is found in the Unix operating system, where filter processes have an interface consisting of one input data stream of characters stdin and two output data streams of characters stdout and stderr.

Restricting the interface allows independently developed filters to be arranged at will to form new applications.

Connecting the proposal to dissertation

It also simplifies the task of understanding how a given filter works. A disadvantage of the uniform interface is that it may reduce network performance if the data needs to be converted to or from its natural format. Systems based on the replicated repository style [ 6 ] improve the accessibility of data and scalability of services by having more than one process provide the same service.

These decentralized servers interact to provide clients the illusion that there is just one, centralized service. Improved user-perceived performance is the primary advantage, both by reducing the latency of normal requests and enabling disconnected operation in the face of primary server failure or intentional roaming off the network.

Masters Dissertation - Some Advice for Researching and Writing It

Simplicity remains neutral, since the complexity of replication is offset by the savings of allowing network-unaware components to operate transparently on locally replicated data. Maintaining consistency is the primary concern. A variant of replicated repository is found in the cache style: replication of the result of an individual request such that it may be reused by later requests. This form of replication is most often found in cases where the potential data set far exceeds the capacity of any one client, as in the WWW [ 20 ], or where complete access to the repository is unnecessary.

Lazy replication occurs when data is replicated upon a not-yet-cached response for a request, relying on locality of reference and commonality of interest to propagate useful items into the cache for later reuse. Active replication can be performed by pre-fetching cacheable entries based on anticipated requests. Caching provides slightly less improvement than the replicated repository style in terms of user-perceived performance, since more requests will miss the cache and only recently accessed data will be available for disconnected operation. On the other hand, caching is much easier to implement, doesn't require as much processing and storage, and is more efficient because data is transmitted only when it is requested.

The cache style becomes network-based when it is combined with a client-stateless-server style. The client-server style is the most frequently encountered of the architectural styles for network-based applications. A server component, offering a set of services, listens for requests upon those services.

A client component, desiring that a service be performed, sends a request to the server via a connector. The server either rejects or performs the request and sends a response back to the client. A variety of client-server systems are surveyed by Sinha [ ] and Umar [ ]. Andrews [ 6 ] describes client-server components as follows: A client is a triggering process; a server is a reactive process.

Clients make requests that trigger reactions from servers. Thus, a client initiates activity at times of its choosing; it often then delays until its request has been serviced. On the other hand, a server waits for requests to be made and then reacts to them. A server is usually a non-terminating process and often provides service to more than one client.

Separation of concerns is the principle behind the client-server constraints. A proper separation of functionality should simplify the server component in order to improve scalability. This simplification usually takes the form of moving all of the user interface functionality into the client component. The separation also allows the two types of components to evolve independently, provided that the interface doesn't change. The basic form of client-server does not constrain how application state is partitioned between client and server components.

It is often referred to by the mechanisms used for the connector implementation, such as remote procedure call [ 23 ] or message-oriented middleware [ ]. A layered system is organized hierarchically, each layer providing services to the layer above it and using services of the layer below it [ 53 ]. Although layered system is considered a "pure" style, its use within network-based systems is limited to its combination with the client-server style to provide layered-client-server.

Layered systems reduce coupling across multiple layers by hiding the inner layers from all except the adjacent outer layer, thus improving evolvability and reusability. The primary disadvantage of layered systems is that they add overhead and latency to the processing of data, reducing user-perceived performance [ 32 ].

Layered-client-server adds proxy and gateway components to the client-server style. A proxy [ ] acts as a shared server for one or more client components, taking requests and forwarding them, with possible translation, to server components.

A gateway component appears to be a normal server to clients or proxies that request its services, but is in fact forwarding those requests, with possible translation, to its "inner-layer" servers. These additional mediator components can be added in multiple layers to add features like load balancing and security checking to the system. Architectures based on layered-client-server are referred to as two-tiered, three-tiered, or multi-tiered architectures in the information systems literature [ ].

LCS is also a solution to managing identity in a large scale distributed system, where complete knowledge of all servers would be prohibitively expensive. Instead, servers are organized in layers such that rarely used services are handled by intermediaries rather than directly by each client [ 6 ]. The client-stateless-server style derives from client-server with the additional constraint that no session state is allowed on the server component.

Each request from client to server must contain all of the information necessary to understand the request, and cannot take advantage of any stored context on the server. Session state is kept entirely on the client. These constraints improve the properties of visibility, reliability, and scalability. Visibility is improved because a monitoring system does not have to look beyond a single request datum in order to determine the full nature of the request. Reliability is improved because it eases the task of recovering from partial failures [ ].

Scalability is improved because not having to store state between requests allows the server component to quickly free resources and further simplifies implementation.

A cache acts as a mediator between client and server in which the responses to prior requests can, if they are considered cacheable, be reused in response to later requests that are equivalent and likely to result in a response identical to that in the cache if the request were to be forwarded to the server. The advantage of adding cache components is that they have the potential to partially or completely eliminate some interactions, improving efficiency and user-perceived performance. However, note that we don't count the contributions of the CS style twice, since the benefits are not additive if they come from the same ancestral derivation.


The remote session style is a variant of client-server that attempts to minimize the complexity, or maximize the reuse, of the client components rather than the server component. Each client initiates a session on the server and then invokes a series of services on the server, finally exiting the session. Application state is kept entirely on the server. This style is typically used when it is desired to access a remote service using a generic client e.

The advantages of the remote session style are that it is easier to centrally maintain the interface at the server, reducing concerns about inconsistencies in deployed clients when functionality is extended, and improves efficiency if the interactions make use of extended session context on the server. The disadvantages are that it reduces scalability of the server, due to the stored application state, and reduces visibility of interactions, since a monitor would have to know the complete state of the server. The remote data access style [ ] is a variant of client-server that spreads the application state across both client and server.

A client sends a database query in a standard format, such as SQL, to a remote server.

What is dissertation chapter 3 about?

The server allocates a workspace and performs the query, which may result in a very large data set. However, not much emphasis has been given to its significance, and related influencing factors have not been directly tested and argued as inhibitors to consumer eReadiness. Though the existing literature argues the applicability of existing theories and models in any developing country per say, one fact is that there are no contextual empirical evidences from Sri Lanka found in the existing literature; another fact is that the generic theories have failed to recognise the specific context of consumer eReadiness.

Therefore this research attempts to collect contextual evidence of Sri Lankan consumers to discuss the relevance to theories and evidences found in other parts of the world, and to recommend appropriate incorporation wherever necessary. Considering the defined nature of the research, the deductive research approach can be considered as the most appropriate approach since this will first provide an efficient platform from which to understand the existing ideas and observations and then to enable them to be tested in the Sri Lankan context.